Everyone knows I enjoy drinking alcohol. They even know I drink like a fish! *guffaw* I love my reds and single malts in the evening. I enjoy cool and refreshing ales, beers and whites during a hot day. 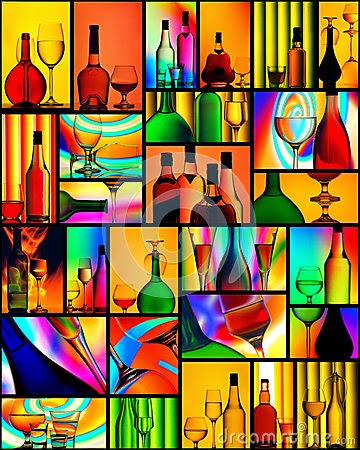 I would typically turn red after a few drinks but I generally would ignore the cosmetic side effects to have a good time! Yes, that’s how much I enjoy my drinks!

It has been scientifically proven that most Asian especially Japanese, Chinese and Koreans respond to alcohol by turning red. So there is no surprise when you see a sea of red faces (think loyal Man U supporters!) all over bars and clubs in Asia. In Europe, alcohol-drinking Asians will stick out like the red lights in red light districts!

Alcohol is metabolised in our liver where it is oxidised first to acetaldehyde and then converted to acetate by an enzyme known as aldehyde dehydrogenase (ALDH2). Those who turn red after a bit of alcohol have a genetic change in their ALDH2. The gene variant causes the body to metabolise alcohol more quickly, but become less efficient in breaking down acetaldehyde. The build-up of acetaldehyde is what causes your blood vessels to dilate and your skin to turn red. Sometimes one will also experience itchiness on the skin and the body gets redder after scratching it! Drink too much and chances are you’ll forget your red face/body and itchy skin, as you end up throwing up and busy sorting out your mess!

This condition is known as alcohol flush reaction. Since it typically happens to Asians, it is also called the Asian flush/glow.

Recent studies have revealed evidence that ALDH2-deficient individuals are at much higher risk of developing esophageal cancer from consuming alcohol than those with a fully active ALDH2. Esophageal cancer also happens to be one of the deadliest cancers in the world with pretty low survival rates. Acetaldehyde is a metabolite of alcohol but is also an animal carcinogen and mutagen with recognised cancer-promoting properties. When the tissues of your upper aerodigestive tract are repeatedly exposed to acetaldehyde, the probability of DNA damage and mutation could also increase. OUCH! NO SHIT! 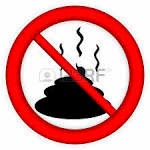 Since this is a genetic problem there’s no cure for alcohol flush except to completely abstain from alcohol. If you get red, you should think about drinking less as you’re putting yourself at a higher risk of developing both cancer and hypertension. If you can’t completely abstain from alcohol, drink moderately and this is defined as one to two drinks a day for men, and one drink a day for women.